An early stage with the building of the church c.1904 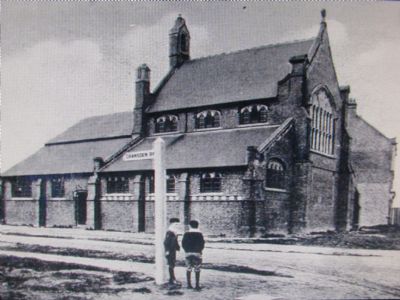 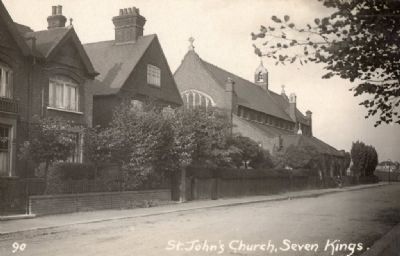 The church as seen from St John's Road   looking towards Aldborough Road   South. The shops along Meads Lane   were still to come.      c.1915 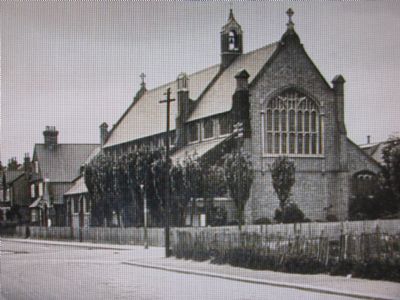 View from Meads Lane before shops were built.   c.1929

The trees have long gone and the wooden fence was replaced by a brick boundary wall in April 1949. 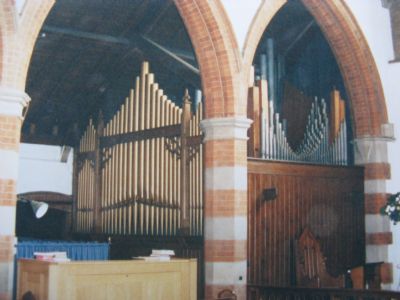 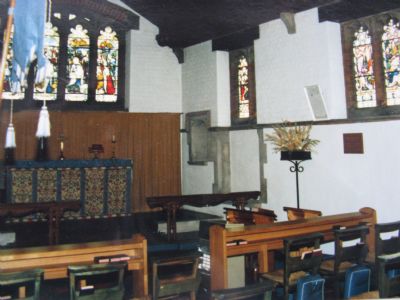 The Lady Chapel as seen in the 1980s. This part of the building was furnished with a communion rail, altar and  stained glass windows. Today, this is a small hall and is called the Chapel Room. 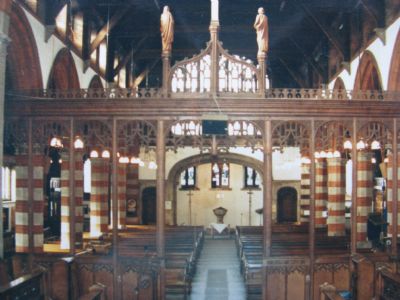 Today, this part of the building is now   the Worship Area. The font has been   replaced by the altar and a communion   rail. Most of the pews have been   retained, facing the other way and   some shortened. 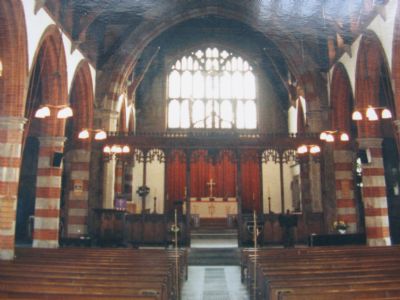 The nave (1980s) looking east towards the rood screen, with the chancel behind and raised altar.

The area beyond the rood screen is now our large hall. 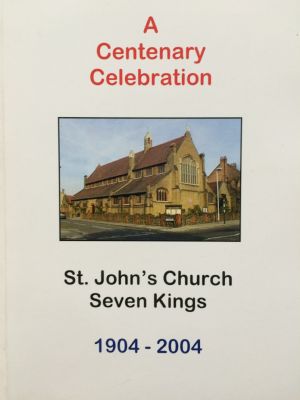 A history of St John's Church is available. (174 pages)

This book includes the early beginnings of the church;   its   growth; short biographies of ten vicars; a   chronicle of events and many facts and figures.

It also has over 90 photos, mostly in colour.

Available from the Church office.