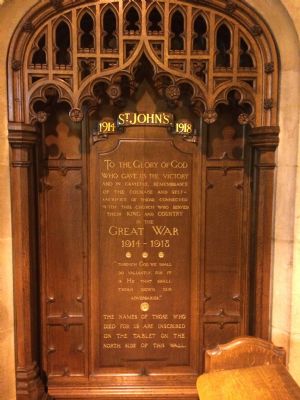 Since 7th November 1920, our War Memorial has been a major feature on the western wall of our church building. Up until 1990, before re-development of the church, this flanked the baptistery, with our font under the archway. 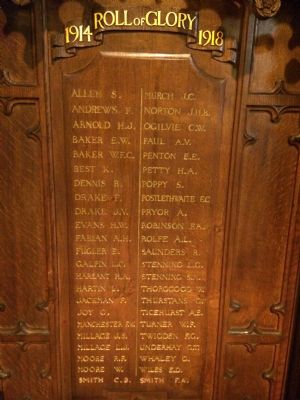 Also, in the Worship Area, is a War Memorial stand. This contains a Roll of Honour with 99 names remembering people in the parish who died in the Second World War, 1939-45. This tribute used to be located in the former Memorial Chapel of the old church building. 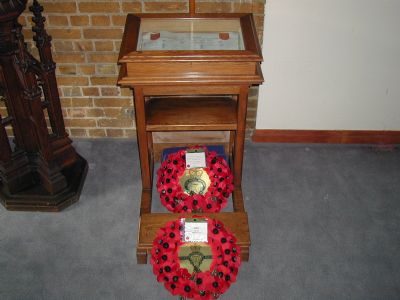 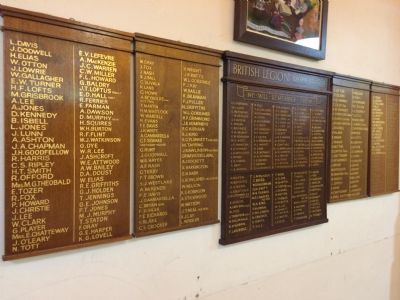 For many years this church was   associated with the Ilford branch of the   Royal British Legion.  Their small   building in Durban Road was opened in   1921 and a new one built in 1972. Over   the decades, we held a Remembrance   Day Service in our Memorial Chapel.   Following re-development of the   building  in 1990, these annual services   continued to be were  held in the   Worship Area.
As old war veterans died, and our local   population changed, membership   declined and the Branch had to be disbanded. This closed c. 2013 and their building vacated. The War  Memorial Boards from their premises were donated to St. John's and can be viewed in the Chapel Room.